On Saturday 26th May I will be visiting Waterstones in Wilmslow. It's a good while since I was last there and I'm really looking forward to it. Please call in and say hello! 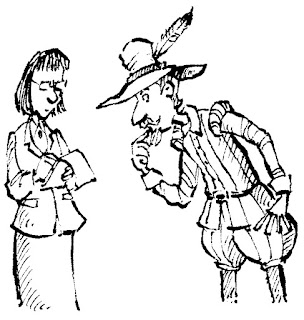 I will be there, signing my books, from 11am until 3pm.

Pick up a free bookmark. There will be puzzles and pictures to colour too.

On Saturday 19th May I will be at Waterstones, Birkenhead. Looking forward to meeting new children to talk about books and writing. Please pop in and pick up a free bookmark and sticker!
I'll be signing my books for anyone who fancies a copy!
11am - 2.45pm 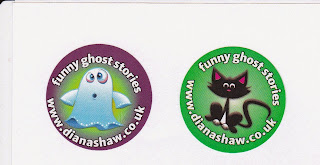 I'd like to say a big thank you to everyone at Waterstones Warrington and Waterstones Altrincham. My visits to the stores were most enjoyable and I met some lovely children. Looking forward to coming again. 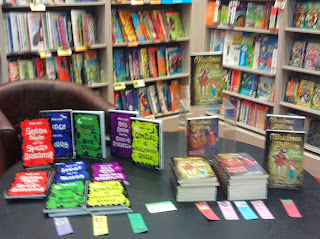 On Saturday 19th May I will be at Waterstones in Birkenhead. There should be plenty of time to pop in to say hello before the Royal Wedding and the Cup Final! I'll be there from 11am.
Posted by Diana at 00:24 No comments: 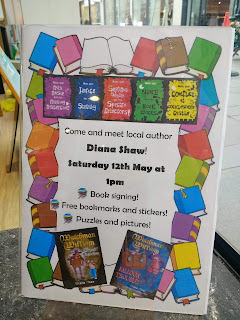 What does it cost to say thank you?

As a retired teacher and a writer of books for children, I feel very strongly about the importance of encouraging children to read. I often see posts about schools struggling to stock their libraries.
Last year I decided to donate a few books. I picked out ten schools at random. They were from different areas of the country. I sent each school a copy of one of my books as a gift for their library enclosing a note to explain. The packages were addressed to the head teachers. That was it - no strings. Only one acknowledged me.
A few months ago, I was approached by an ex pupil who told me that her child's school was struggling to stock their new library. I sent five books to help out. I received a lovely thank you from a year six pupil on behalf of all the children.
Recently, I donated five books to each of two schools attended by relatives of mine. The children, aged six and eight, were excited to take them in. Almost three weeks have passed and I have not received any acknowledgement from the schools.
Thirteen schools, twenty-five books, only two schools said thank you !!
It saddens me to ask what sort of examples are children being set these days?
Posted by Diana at 01:44 No comments:

Reading Horace and the Stowaway.

The Case of the Missing Money