William took down his quill and ink pot from the shelf and opened his notebook.
'New case, new page,' he said, carefully wiping off the surplus ink from the nib, and began on the very top line.
The Case of the Missing Bloomers, he wrote in the style of his hero. It sounded mysterious enough but it wasn't just about the bloomers was it? He crossed it out and began a new line.
The Case of... What was it the case of? It all seemed a bit confusing. He would write down the facts and think of what to call it later. 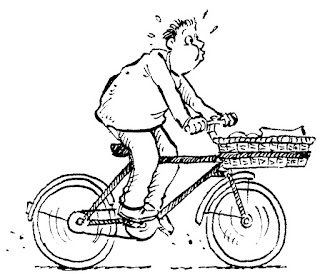 Reading Horace and the Stowaway.

The Case of the Missing Money